Typically, the weather was beautiful in the morning but then it started raining in the afternoon. Saying that, the workshop went well, techniques were learnt and fun was had. I was concentrated on helping rather than taking photographs myself but this one works quite well I think. 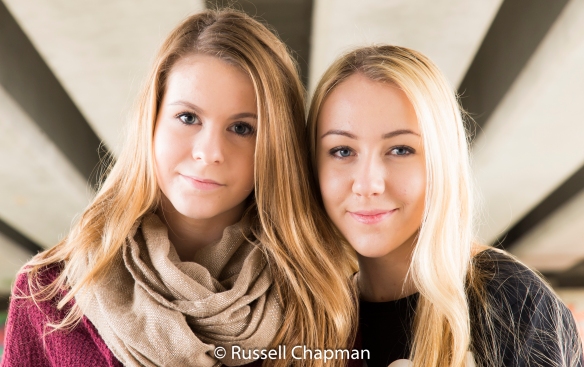 Saw him sitting on a bench and asked if I could take his photo and then spoke a little about the situation with Coptics in Egypt. He said things are better for them now. 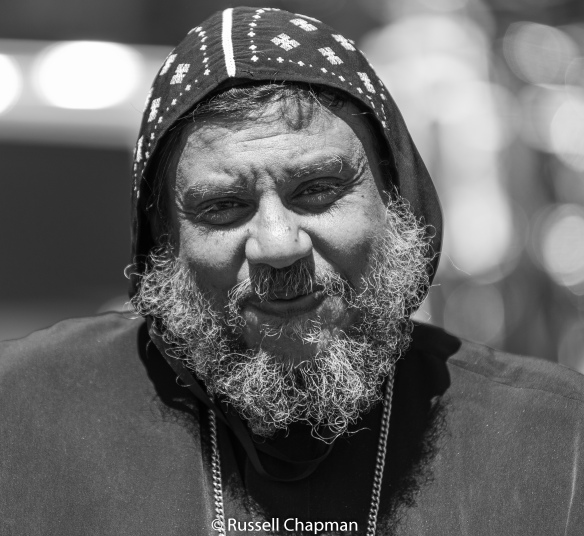 I had a bit of a creative spurt today creating this selfie.

Can you work out how it was made? No filters were involved.

A Selfie of a Different Nature

I have set myself up as a publisher and am now working with ‘IngramSpark’ to print my work. As a result my photo documentary book is going to be available worldwide through the major book sellers. Pricing details coming soon but in the UK the price will be £19.99 plus post.

Photographer and photojournalist Otto von Münchow has just published a review of my book. Syria: Refugees and Rebels. Since this review I have revised the book, changing the font and arrangement of some of the pictures. Main sales are now through Amazon

In Flow with Otto

The UK-born, now Switzerland-based photographer Russell Chapman has released a new photo book. It’s called Syria: Refugees and Rebels. As the title clearly indicates it’s a time capsule of the ever more devastating situation in Syria. It’s a very personal testament, though, without the usual war glory – or should I say war gory – we find in the regular news and media. Instead of going to the battle zone, Chapman mostly focuses on the ordinary people and how it is to be living under the spell of civil war. And for me that is the strength of the book and what makes the photos stand out.

As Russell Chapman states in the introduction: «I try and convey the huge emotional impact of being in a war zone and the effect it has on the people of Syria; those who stay in the country and those…

Finally the book is ready. A photographic journey into Syria that looks at the lives of the people; refugees and rebels. They allowed me deep into their lives, the book is a photo documentary of all that I saw and experienced. You will understand the warmth and kindness of the people as they struggle to survive a brutal situation. As far as I am aware this is the first ever photo documentary book to be published about the situation in Syria. Buy the book and get your friends to buy it, in this way I will be able to go back to the refugee camps and continue my work. It is a high quality hardback, 91 page book with more than 100 colour and black & white photographs along with comments. The book will take you on a journey you have never experienced before. You can find my book here

Enjoying a very warm winter day. There are a lot of things happening in the world, all of which are leading to a singular consequence. How best to eventually express this is the deepest thought that plays through my mind. Watch this space.

I want to start by talking about Asmaa (pictured above). I met her in Jordan, five days after she had been released from a regime prison. She is the fiancée of Abdul Razak Tlass, who was the first officer to defect from the Syrian army when the revolution began. She was captured transporting a Kalashnikov in her bag after a tip-off. She told me about how she was interrogated, made to stand up without break for hours on end and deprived of sleep, but nothing they did could get her to give the names of who she had been working with. When you see her eyes you understand immediately how much she suffered. I know she wasn’t telling me the full story of what happened to her. Considering the fact that the use of sexual violence by the regime is not unknown, I have the suspicion that something like this happened to her. When you look in her eyes as she talks about her experience it is clear that terrible things were done to her. A part of her soul died in that prison.

But something very interesting came out of my talking to her, she was in a cell with nine other Syrian women, all different religions, Sunni, Shia, Alawite, Druze and Christian. They all came to love each other during their time in captivity and it is one of the reasons why she believes that the people of Syria can be united in the future and is something she feels very strongly about. So many in the West, when they look at Syria, think that the people are hopelessly divided and all want to kill each other along religious lines. Women like Asmaa, who despite all they have suffered, demonstrate that this is not the case.

She was only released from prison after thirteen months because the FSA swapped prisoners in order to get her out.  Now she is in the relative safety of Jordan and working to help her fellow Syrians as best she can.

One of the things I noticed about Syrian women in general is how strong and resilient they are. In the refugee camps, despite losing so much, they continue their lives in the best way they can, they cook and look after their families. Yes their standard of living is very much reduced, but they continue. Compare this with many of the men I saw who were in the refugee camps, who have lost their work, there is nothing for them to do, so they just sit around in groups with other men, drinking tea and smoking. Psychologically I would say that the women handle the situation better. They have something to do, the men on the other hand do not, and as a  result end up looking very lost and feeling quite useless.

On the surface Syria is very much a male dominated society but under the surface the women have a lot of influence. All Syrian men will tell you how strong the women are, never mess with a Syrian women, they half jokingly tell me. To be honest I don’t know how they keep going, the women, men and children but then again it isn’t as if they have much choice. They have become the victims of callous geo-political games with only power and influence as their objective. The governments of the world have proven that they are not fit for purpose. Why? Because they see the human suffering they cause as no more than collateral damage.

I’m working on new material related to events of the last few days. It will be quite thought provoking. Watch this space. I’m in deep thought mode at the moment.

Recognized for my work in Syria