ISIS (Islamic State of Iraq and Syria) has chosen an interesting time to declare that it is now simply called “Islamic State”, covering the territory it holds in Syria and Iraq. Its leader Abu Bakr Al Baghdadi has been declared Caliph of the new Islamic Caliphate. 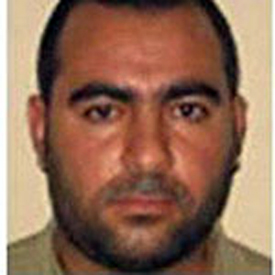 That this has happened so soon after the beginning of Ramadan, a time most holy to Muslims, when many go on Haj, that is go on pilgrimage to Mecca, has several implications. The first is that by declaring the Caliphate with Baghdadi as Caliph, they are saying that only they have the authority from Allah to say what can and can not be done. This is a direct challenge to the authority of Saudi Arabia, which took on the role of leader of the Muslim world after the fall of the Ottoman empire. Because the area held by ISIS is transnational, covering parts of Syria and Iraq, they believe they are on the way to rebuilding the Muslim empire of old, which stretched from the Mediterranean to the Persian Gulf. With this declaration, Sunni Muslims are being asked to decide where they stand. If they don’t side with ISIS, they will be seen as traitors and enemies of the Muslim faith, wherever they are. The declaration of “Islamic State” at this time acts as a clarion call to many young Muslims who have long been searching for an identity and a cause. That it has happened at Ramadan will encourage many more to join the cause. It has been reported that many Muslim families in Europe are extremely worried about the seductive effect of ISIS propaganda on their young men. To the point that some will not allow their sons out of sight for fear they will run away to join ISIS. Another question has to be asked, who gives them the money to travel? There must already be a large underground organization in Europe which helps them get away and join ISIS.

Another effect of the declaration of “Islamic State” is to force other Jihadist groups to decide where they stand. In particular this is aimed at Al Qaeda and its supporters. It is being given a choice to join with ISIS or to be seen as heretical, worthy of destruction. ISIS obviously feel they can take on Al Qaeda if need be, they certainly are not short of money, weapons and infrastructure. In fact this is one of the curious things about ISIS, its level of organization and bureaucracy, it has been established that central control of even the tiniest details is very important to the running of the organization. They demand receipts for even the smallest expenses. Why is this interesting? Arab culture does not place much importance on the idea of institutions and deep organisation, yet here we have ISIS very quickly organizing not only the running of a war down to the last detail but also the running of their ‘Islamic State’. While they are known principally for being very bloodthirsty and ruthless in battle and the application of their version of Sharia, (there are several versions), they have also been very quick to manage the practical realities of running towns and cities, the schools, hospitals and social services etc. This is another reason why I do not believe ISIS is being backed by an Arab country such as Saudi Arabia, culturally it would not be something they could get organized in such a short time. One has to ask the question, which country or countries benefit from there being chaos in the Sunni Muslim world and also know(s) how to set up and run institutions along with the bureaucracy needed to manage those institutions? I leave that for you to ponder.

As it is now Ramadan, you can expect to see an increase in the level of fighting, part of the reason for this is due to the fact that ISIS fighters believe that if they are killed fighting in the name of Allah during this period they will be extra blessed in heaven. A fighter in Syria once told me that one time he was fighting alongside a another fighter from Jabhat al Nusra against a Syrian army position. It was Ramadan, the fighter from Al Nusra was shot but his radio stopped the bullet, I think most people would be happy to have a lucky escape, not this Al Nusra fighter, he was sad and felt he must have done something to offend Allah that he didn’t let him die during Ramadan. This is the mentality of ISIS fighters, not only are they very well trained and battle hardened, they are virtually unstoppable. The desire to meet Allah during Ramadan can only mean one thing. If you think ISIS have been pushing hard in Iraq so far, it is nothing compared to what is coming in the next days and weeks.

ISIS has a hard fight on its hands, at the moment it is collaborating with ex members of Saddam Hussein’s regime as well as certain tribal leaders. After he fell and the Sunni lost power in Iraq these Ba’ath party supporters melted away waiting for the right time to show themselves again, A lot of these are ex Republican Guard, those who have experience of fighting in the Iran-Iraq war, tough fighters. They see the situation in Iraq now as an opportunity to re-establish the Sunni Ba’ath party in Baghdad. So for the moment they are collaborating with ISIS. However, it won’t last, ideologically ISIS and the Ba’athists are totally different. It will lead to internecine war in Iraq. Add Al Qaeda into the equation, which is unlikely to accept the spiritual leadership of ISIS and what is brewing is something that could make even the situation in Syria look better compared to Iraq.

Talking of Syria, members of Jabhat Al Nusra are joining ISIS, even with all their funding from Saudi Arabia they know they can’t defeat ISIS as it consolidates its hold in the north and east of the country. Saying this, it could be that Al Qaeda will open up new fronts against ISIS in Syria. As for the moderate rebels, whose revolution has been hijacked, honestly they don’t stand a chance. In the areas held by ISIS they are too weak, fragmented and under resourced. President Obama stating he now wants to aid moderates with $550 million of weapons and equipment is simply words, too little and far too late to do anything about reducing the power of ISIS in the north and east of Syria. In the south it will only help the moderate rebels to secure territory in Syria along the borders of Israel and Jordan, a buffer zone against ISIS.

While the foot soldiers of ISIS really believe that they are helping to create an “Islamic State”, Baghdadi and the country(s) that back him know that the only result will be perpetual war in Sunni regions of the Middle East, no one side, ISIS, Ba’athists or Al Qaeda will be able to win an outright victory. It seems the intention all along is to create a conflagration in the Middle East as fundamentalists, not only Muslim, want to try and bring about the “End of Days”

1 thought on “ISIS and Islamic State”